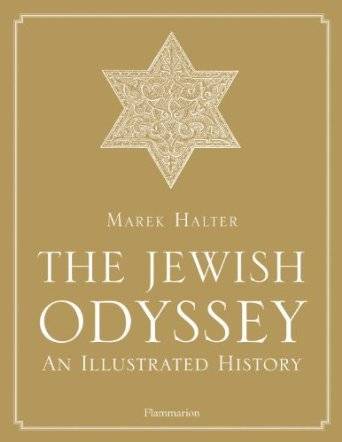 The far-reaching story of a people that, despite facing perpetual struggle, has shaped modern civilization. In The Jewish Odyssey, best-selling author Marek Halter charts the course of Judaism from its origins in Mesopotamia to its place in the world today. Predating all Western culture, its early development of the written word enabled it to lay the foundations of modern civilization. Richly illustrated, the book addresses the extent of Jewish suffering over the years, as well as the lasting contributions of Jews in fields such as science, politics, philosophy, and the arts—from Gutenberg to Einstein, Freud to Trotsky, and Kafka to Dylan. Halter explains the delicate state of interdependence that exists between the significant Jewish Diaspora communities worldwide and the Israeli nation, taking into account the Zionist notion of the Jewish "promised land." With his expertise, international status, and political insight, Halter offers a unique and compelling view on contemporary issues ranging from anti-Semitism to the emergence of multi-faith families. This engaging illustrated tribute to the Jewish story culminates in a message of hope for the universal freedom of all mankind.