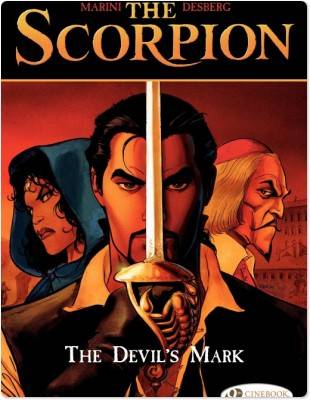 The Scorpion - Tome 1 - The Devil's Mark

The Scorpion - Tome 1 - The Devil's Mark

Rome the beautiful is dying, the symbol of civilization falling, the empire burning. Hidden from massacres and looting, a strange meeting is held by nine families who share the Roman Empire. To retain their power, they decide to support a new religion—Christianity—as well as its representative, the pope. But who are these 9 mysterious families? Later, much later, it's the Renaissance. Christianity prospers. A brigand called "the Scorpion" makes a living by unearthing relics in the depths of the Roman catacombs, which he sells at high prices to princes and bishops. Trebaldi, a powerful cardinal, takes an interest in this Scorpion, who is either a creature of the devil... or a witness to a cursed era who must disappear...This two-volume book includes "The Pope's Secret".